Ask AAA spokesman Skyler McKinley why teen drivers are more prone to traffic crashes in the summer months, and he’s got a four-word answer.

“School’s out for summer,” he said.

Nationwide, traffic crashes tend to increase every year during June, July and August. According to the Colorado Department of Transportation, on average 170 people die in traffic crashes in Colorado every year during the summer months. All age groups and demographics are represented in that list of deaths, but teenagers are especially prone to summertime crashes. The spike is so significant AAA coined the term “The 100 Deadliest Days” to describe the weeks between Memorial Day and Labor Day. During those months, McKinley said, 10 people die across the country every day in a crash with a teen driver. 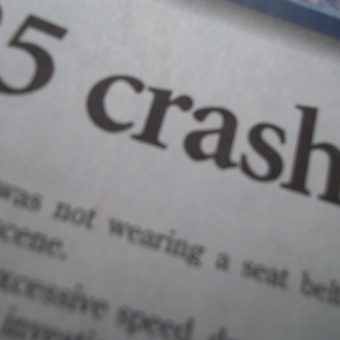 “There’s nothing wrong with that,” he said. “They just need to remember the road can still be a dangerous place.”

It can be easy to write off teenage drivers as bad drivers, but that’s not the case, said Jona Johnson, a founding member of the nonprofit Alexa’s Hugs, which works to raise awareness about driving safely, especially among teens. They’re just inexperienced.

That inexperience means they’re not always equipped to handle risks as well as older drivers.

Johnson estimated a single teen passenger in a car with a teen driver increases the risk for a crash by 44 percent. That’s because driving requires the mind and the body to work together, often without much notice. Any distraction, especially a passenger, can break that rhythm, she said.

“If you shift between your conversation and the task of driving, you’re really only seeing what’s right in front of you,” she said. “Your mind is not on driving.”

Johnson stresses this point when she talks to high school students. She tells them not to underestimate the responsibility of being a good passenger. McKinley echoed that sentiment, and said in 15 percent of fatal summertime crashes involving a teen driver, the driver was distracted by a passenger.

The risk of dying in a car crash is heightened if drivers and passengers aren’t wearing seatbelts. Raising awareness to this simple fact is a crusade for Johnson, whose stepdaughter, Alexa, died in a 2013 car crash and was not wearing a seatbelt. Since 2013, she’s been working with northern Colorado schools to increase the number of students who buckle up before they drive.

This past week, Alexa’s Hugs awarded $500 to Windsor High School, where the number of students wearing a seatbelt increased by 16.5 percent this past school year. That increase is due largely to student efforts, which included everything from a public service announcement to driving classes students attended with their parents.

The parent/student relationship is important, McKinley said, because parents need to teach through example, especially when they’re the ones driving.

“It’s a dangerous time for everybody,” he said. “(We’re all) putting in more road miles.”